The term Sorceress most commonly referred to a powerful female inhabitant of the planet Rossak. They were a group of independent women with telekinetic powers who later evolved into the Bene Gesserit under the leadership of the off-worlder Raquella Berto-Anirul.

As a culture, the Sorceresses emerged sometime before the Butlerian Jihad. Their emergence stemmed from the exotic, and largely toxic, environment on Rossak. The unique biology of the planet wrought havoc on the genome of early colonizers, and often rendered new-born infants with terrible physical and mental disabilities.

However, some children were born without such disabilities, and for some unknown reason the females of this subset were usually endowed with formidable telekinetic powers. The exact purpose and beginning of the of the Sorceresses is not known. By the start of the Butlerian Jihad they could demonstrate aggressive lethal psychic abilities which could be used against the cymeks, but before that, their role and purpose of such practice is unknown.

The Sorceresses were a zealously chauvinist society, who were led by the Supreme Sorceress. The Sorceresses usually saw males (both from Rossak and from elsewhere) as inferior, and they also looked down on both non-native women and Rossak women who did not possess their unique telekinetic abilities.

The goal of the Sorceresses was to expand and strengthen their own kind. This was accomplished via detailed genetic records, which they used to choose suitable male partners and to identify wider genome trends. They typically avoided genetic 'wildcards', unless the individual's abilities were exceptional. A classic case of such a risk being taken occurred when the Sorceress leader Zufa Cenva bred with the League of Nobless politician Iblis Ginjo.

Politically, the Sorceresses of Rossak were stridently opposed to the thinking machines, and thus were staunchly aligned to the League of Nobles. Indeed, their aggressive endorsement of military action helped to trigger an escalation in the age-old human conflict with Omnius.

However they also kept secretly an installation of computers where they kept a large database of genetic heritage.

The arrival of the Omnius Scourge to Rossak, and its subsequent mutation in the biologically potent jungles of the planet, brought widespread death to Rossak society, including the dominant Sorceresses. The arrival of a League medical task force saw tensions rise. The task force's mandate was reluctantly accepted by the new Sorceress leader Ticia Cenva, but their efforts yielded no actual cure to the disease at first.

However, when doctor Raquella Berto-Anirul was cured by Jimmak, Ticia's misborn son, she became a threat to Ticia's supremacy. Ticia attempted to poison Raquella, but the effects of the Scourge's cure and her own genetic makeup resulted in her uncovering latent psychic powers. After a confrontation with Ticia she became the tacit leader of the Sorceresses, and began their transformation into what would become known as the Bene Gesserit. 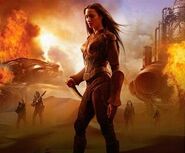 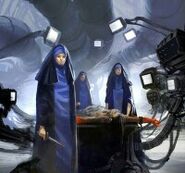 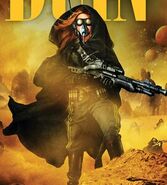 The Sorceresses of Rossak only feature in the Legends of Dune trilogy by Brian Herbert and Kevin J. Anderson. They are not mentioned in Frank Herbert's original Dune novels, although the concept of powerful sorceresses is briefly alluded to in Appendix II: The Religion of Dune in the original Dune novel.

Community content is available under CC-BY-SA unless otherwise noted.