Crossbones & Ivy or Cobra on a Book

House Ordos was a mercantile Great House whose home was an ice-covered planet, Sigma Draconis 4, in the Sigma Draconis star system. House Ordos was most famous for its smuggling of forbidden Ixian technologies into their home planet, and for the wealth that makes them paranoid, but powerful.

The Ordos perhaps have their ancient Earth origins in China, since their family name is the same as that of the Ordos Desert.

The economy of their planet is based entirely on trade and smuggling. They were insidious and had a tendency towards sabotage, expensive weaponry, and illegal technologies imported from Ix.

Ordos seemed to have formed by a reclusive cartel of wealthy noblemen who seem to control the finances of House Ordos, and thus, House Ordos itself. No one has ever seen them except the few generals who formerly controlled what troops the Ordos could muster.

One by one, those noblemen generals have been eliminated under mysterious circumstances and were replaced by the Executrix whose origins are not known.

House Ordos represented one of the most greedy and selfish Great Houses in the Imperium; their only goal was to generate revenue to sustain the pluto/technocratic elite of the House, who, to this end, have fine tuned the House to an inhumanly specific degree.

House Ordos were driven in all they endeavor to do by a calculated and single-minded mandate to destroy anything that stands between them and the most valuable substance in the known universe. They gained immense wealth that bought them incredibly powerful forbidden technologies and weapons mainly from the house of Ix. Aside from wealth, there was little military strength to House Ordos, relying mostly to mercenaries (who tended to desert with great frequency).

The House faced stiff competition for the spice in Arrakis. After the First Spice War they gained the technology to make ghola slave soldiers from the corpses of fallen enemies and hired a new Strategist.

During the war they intended to create a ghola of the deceased Emperor Frederick IV, who would serve as a puppet emperor subservient to them. For that end they were trying to manipulate many of the factions of the Second Spice War (Fremen, Sardaukar, Smugglers) into conflict with any of the major house.

Their strategy was using gholas and other forms of treachery to thwart any attempts at alliance among their enemies and secure alliances for them. 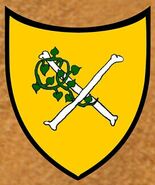 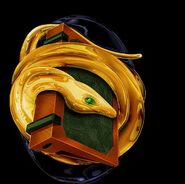 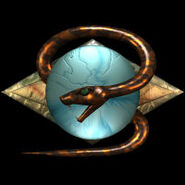 Ordos Embassy before the Emperor in Dune II 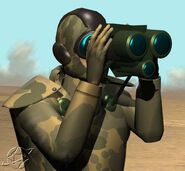 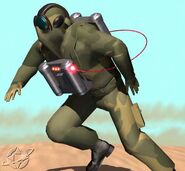 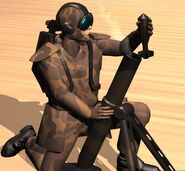 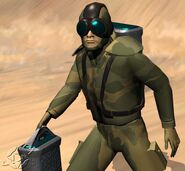 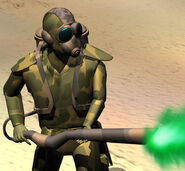 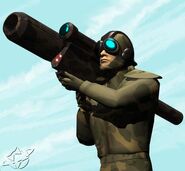 House Ordos first appeared in The Dune Encyclopedia, but is never mentioned in any of the novels. However it does figure prominently in the Dune game series released by Westwood Studios. Westwood chose to replace the Ordos ivy and crossbones coat-of-arms with the book and serpent symbol, though, which, according to the Encyclopedia, belongs to House Wallach.