Unknown (ringed planet and two stars on azur and silver according to the Dune encyclopedia, according to Prelude to Dune possibly a platinum horsehead on white, blue and yellow)

unknown (in the prelude azur and silver or platin, white, blue and yellow)

unknown (according to prelude possibly azur and silver or platin, white, blue and yellow)

Unknown (Viscount according to prelude to Dune)

House Moritani was a House Major during the time of the Faufreluches. Their ancestral home was the planet Grumman. House Moritani had a long-standing feud with House Ginaz, which eventually saw the latter defeated in a War of Assassins.House Atreides involvement in this war possibly was Duncan Idaho's first real experience in mortal combat as he stated that his "sword was first blooded on Grumman".

The Dune Encyclopedia mentions the house's ancestor Yukio Moritani on whose support an the campaign against rising House Ginaz to the status of House Major rooted the old enmity which finally led between open War of Assassins between the two.Keshas Zhorzh was said to have been an Assassin in service of the Moritanis.

The Prelude to Dune gives a differing account on the events which led to the war of assassins and eventual destructions of both houses.In this the Ginaz had originally been a neutral school of Swordmasters who almost by default became victims of the Moritani whose Viscount Hundro was originally only involved in a feud with House Ecaz.When House Moritani attacked the Ecaz heir on the neutral Ginaz training-world the Swordmasters expelled all Moritani students and officially accused and insulted Hundro Moritani who answered with an attack on the military not prepaired Ginaz world which killed more than a hundred Swordmasters.The alliances of the Moritani with House Harkonnen and of House Atreides with Ecaz also drew both houses into the war in which Hundro Moritani, after the death of his heir Wolfram, suicidally drove his house to a violent end. 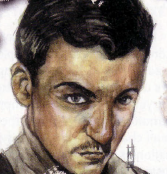 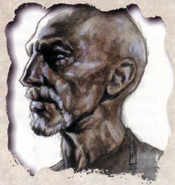 moritani heradry -fanart
Add a photo to this gallery
Retrieved from "https://dune.fandom.com/wiki/House_Moritani?oldid=37193"
Community content is available under CC-BY-SA unless otherwise noted.