House Atreides was one of the Houses Major within the galactic infrastructure of the Padishah Empire. They were ruled by the patriarch of the Atreides family, who took the title of Duke.

One such group of descendants of Ghanima were Leto II's, majo-domo, Moneo Atreides, and his daughter Siona Atreides. After the bonding of Siona and a ghola of Duncan Idaho, the Atriedes families continued onward. Because of the Prescience invisibility conferred to the genetic line through Siona, the line flourished for over 1500 years till the time of the Return of the Honored Matres.

During this time, Supreme Bashar Miles Teg was a descendant Atreides, as was his daughter, the Reverend Mother Darwi Odrade, [O dray' dee], who even bore a time-worn version of the last name. Teg and his daughter were closely watched by the Bene Gesserit, for any sign of the "wildness" of the Atreides line. This wildness included any sign of them arising to be another super-being, a Kwisatz Haderach.

Teg was killed at the destruction of Rakis when the Honored Matres attacked and reduced Dune to a charred ball, and Odrade was killed some time later at Junction when the Bene Gesserit attempted to liberate Junction from the Matres. 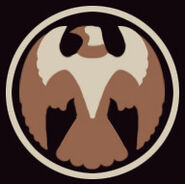 Atreides Embassy before Emperor Frederick as Depicted in Dune 2 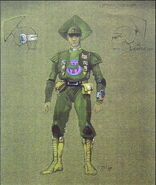 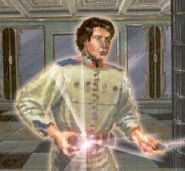