Graben, Sink and Pan were the locations of Arrakis' Pyon Villages in contrast to the Sietches of the Fremen.

Some of the folk of Graben, Sink and Pan were related to the fremen, descendants of Zensunni and Zenshiites who had adapted to a more tame live and mixed marriages between Graben, sink and Pan folk and Fremen were not unheard of and Outsiders often could hardly tell both groups apart.Others however were the descendants of Settlers from other planets, Fortune Hunters or Harkonnen retainers who had been transferred to Dune by their Masters.Of course the inhabitants of the pyon villages and Garrison towns saw their remote relatives as feral, outlawed, uncivilized and brutal while the fremen considered the Settlers softened and "water fat". 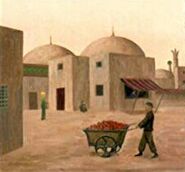 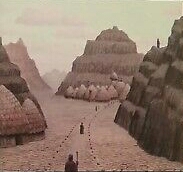 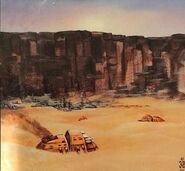 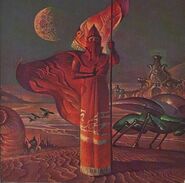 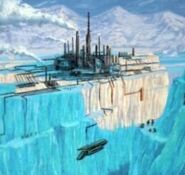 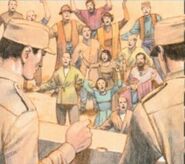 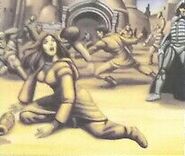 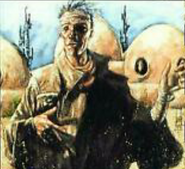 Pyon elder - Dune CCG
Add a photo to this gallery
Retrieved from "https://dune.fandom.com/wiki/Graben,_Sink_and_Pan?oldid=36153"
Community content is available under CC-BY-SA unless otherwise noted.