Giedi Prime, later renamed Gammu, was the third planet orbiting the star Ophiuchi B. It was the historical homeworld of House Harkonnen.

Giedi Prime had a day length of approximately 31.27 standard hours and a local year lasting 2.6 standard years. The planet was of average temperatures and maintained a low level of photosynthesis. This low level of photosynthesis was largely due to the heavy industrialisation of the planet under the Harkonnens. However, the Harkonnens did maintain some of the planet's original forests, mainly of pilingitam trees for logging and export.

During the time of the Padishah empire, the planet sported factories, arenas, and many cities. The arenas were used to hold spectacles for the populace, including gladiatorial events. During the rule of the Baron Vladimir Harkonnen, his nephew Feyd-Rautha would often perform in these arenas as a means of gaining popularity among the civilian population as well as the Houses Minor. The main climate was harsh, industrial volcanic wasteland.

The planet became the homeworld of the House Harkonnen for many generations following that house's return from exile. After the fall of the Harkonnens and the rise of the House Atreides, administration of the planet was taken over by people of Caladan. During this time it was renamed Gammu by Atreides Warmaster Gurney Halleck, although this name did not remain for long before it became known as Giedi Prime again. It was a historical irony that Halleck would come to have total power over Giedi Prime, as many years prior, he and his sister were slaves to the Harkonnens when they ruled there.

The Bene Gesserit had an investment there, which they had to write off as a total loss, and offset the cost by fees charged for services relating to the Star Jewel Project. As part of Caladanian (later Danian) administration of Giedi Prime (Gammu), most of the machines of industry were dismantled, and the planet's natural ecosystem was regenerated by large-scale replanting that lasted over thousands of years. Despite this however, some five thousand years after Harkonnen rule had ended, oily residue could still be found in the planet's soil.

Eventually, much of Gammu came under the control of the Bene Gesserit Sisterhood. It became the base from which they grew Duncan Idahos for their breeding programs. However, many parts of Gammu's cities were also under the control of Houses Minor and organisations returning from the Scattering, organisations that had managed to amass significant wealth. Indeed, Gammu appeared to become a popular destination of people returning from The Scattering, and upon their return they brought with them many new and strange customs that found a home there.

The Harkonnen military forces were conscripted from the general populace of Giedi Prime. These forces were fairly effective because many of them had managed to channel their oppressed upbringing into military endeavours. Indeed, much of the planet's population lived a meagre and oppressed existence due to the harsh rule of the Harkonnens. Many natives of Giedi Prime were used as slave labour to work the machines of heavy industry that occupied so much of the planet's surface. 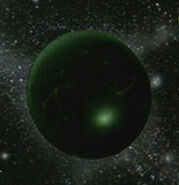 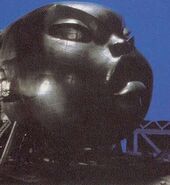 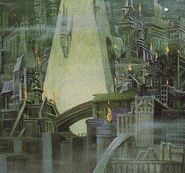 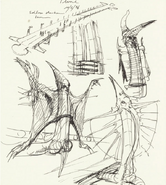 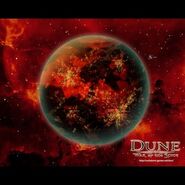 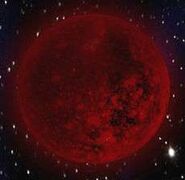 Some of the screen adaptations also use particular themes or leitmotifs to represent the planet Giedi Prime.