"May you die on Caladan!"
―Ancient drinking toast[src]

Caladan, later renamed Dan, was the third planet orbiting the star Delta Pavonis. It was a lush oceanic world, and the ancestral home of House Atreides.

Caladan was the fiefdom of House Atreides. It was the birthplace of Duke Leto Atreides I, Paul Atreides, and most of Paul's ancestors that had been heads of House Atreides and rulers of the planet. The Atreides' traditional seat was Castle Caladan.

In 10191 AG, House Atreides was ordered to relinquish the fief of Caladan, which had been the family's home for more than 10,000 years. Instead, they were to take control of the fief of Arrakis, which had previously been managed by House Harkonnen, the ancient Atreides enemy.

After the Atreides moved to Arrakis, Count Hasimir Fenring was named Siridar-Absentia of Caladan. However, when House Atreides ascended to the Golden Lion Throne in 10193 AG following the Arrakis Revolt, Caladan once again came under the direct rule of the Atreides. This time, however, the fiefdom of Caladan was given to Gurney Halleck, who Paul trusted to rule in his absence.

After Paul had been Emperor for a year, he and Jessica made a trip back to Caladan to be officially welcomed as the new ruler of the Known Universe.

In the 5000 years between the events of the Arrakis Revolt and the time the Lost Ones returned from The Scattering, Caladan's name was shortened to Dan, and all things pertaining to Dan were known as Danian.

The environment of Caladan was largely focused around rain being a common feature of the planet's meteorology. At numerous times, both Paul and Jessica told stories of how water would fall from the skies in abundance. The landscape, as a result, was scattered with rivers and mountains and hosted a diverse and complex underwater ecosystem. Presumably, although never stated, this complex ecosystem extended to land.

Caladan maintained a large agricultural industry. Under the Atreides, the planet's economy flourished through orchards (some of which were part of the Atreides family holdings), as well as exports of pundi rice and fine wines. Since much of the planet was ocean, a significant amount of trade on the planet was based on fishing. Indeed, fishing was such a large industry on Caladan that it became ingrained into the culture of its people. Any view of the sea from the coastline would frequently be dotted with fishing trawlers.

The Great House of Atreides ruled all aspects of Caladan and maintained it as a Duchy and siridar fief under the Imperium. The Atreides ruled Caladan through dominance of both the sea and the air, while maintaining a regular standing army that was fiercely loyal. However, shortly before leaving for Arrakis, the Atreides had managed to train a small, elite force that was comparable in ability to the Imperial Sardaukar forces.

In 10,191AG House Atreides was ordered to relinquish the fief of Caladan, which had been the family's home for more than 10,000 years. Instead, they were to take control of the fief of Arrakis, which had previously been managed by House Harkonnen, the ancient Atreides enemy. In their stead, Hasimir Fenring assumed siridar-absentia of Caladan, however seldom ruled from Caladan itself.

After the Desert War in 10193AG, Caladan would later come under the rule of House Atreides once again. Gurney Halleck was given its fief, and shortly after, Jessica would return to Caladan accompanied by her son, Paul, to consecrate his leadership among the Imperium.

Upon their arrival on Arrakis, House Atreides was forced to undergo a significant adjustment, since their ancestral home had been one of lush greenery, large oceans, and rainfall. In contrast to this, Arrakis was a dry, hot and barren land. Early during Atreides rule of Arrakis, the Duke Leto Atreides experienced severe homesickness for Caladan, and did not believe that he would ever be able to call Arrakis his home. In order to ease their crossing, the Duke brought with him many artefacts and foodstuffs from Caladan, so that he, his family, and his men could gain some comfort in the uncertainty that was brought on by the change of fief and subsequent massive migration.

The Fremen of Arrakis appeared to be intrigued by stories of Caladan, since open, large bodies of water and rainfall had been considered a myth by those people for many generations. Moreover, Paul Atreides' seeming ability to know the ways of the desert as if native to them was made more significant by the fact that he had been raised on the lush, wet world of Caladan, where deserts were unknown. 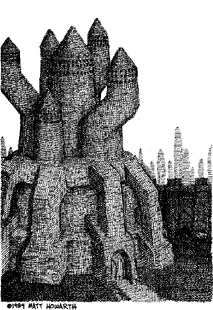 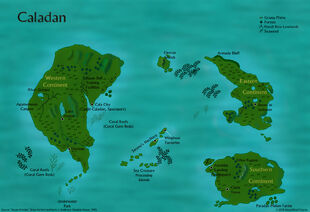 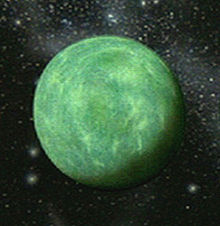 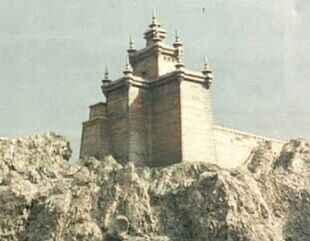 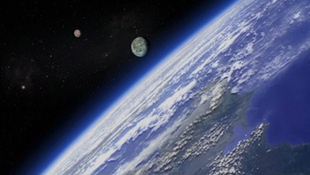 Paul Atreides on a beach near Castle Caladan (Dune, 2021) 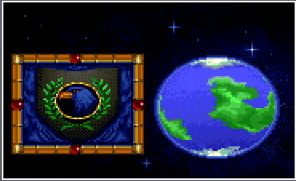 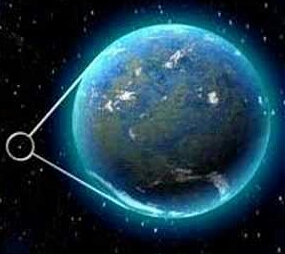 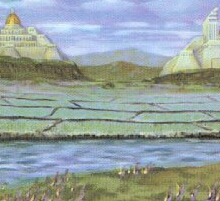 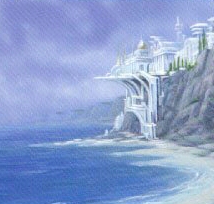 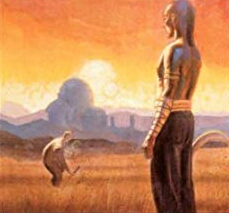 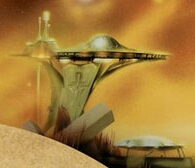 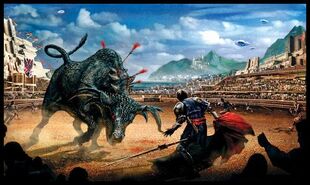 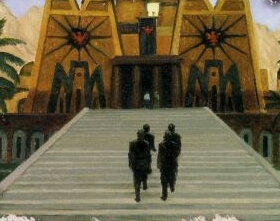 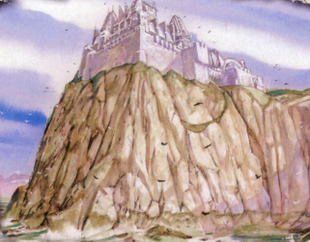 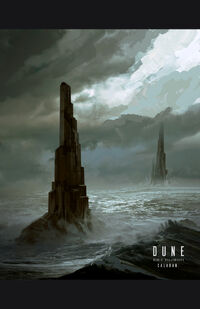 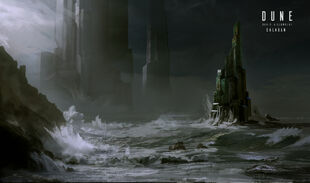 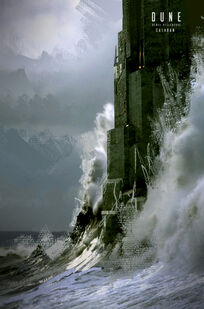 Some of the screen adaptations also use particular themes or leitmotifs to represent the planet Caladan.